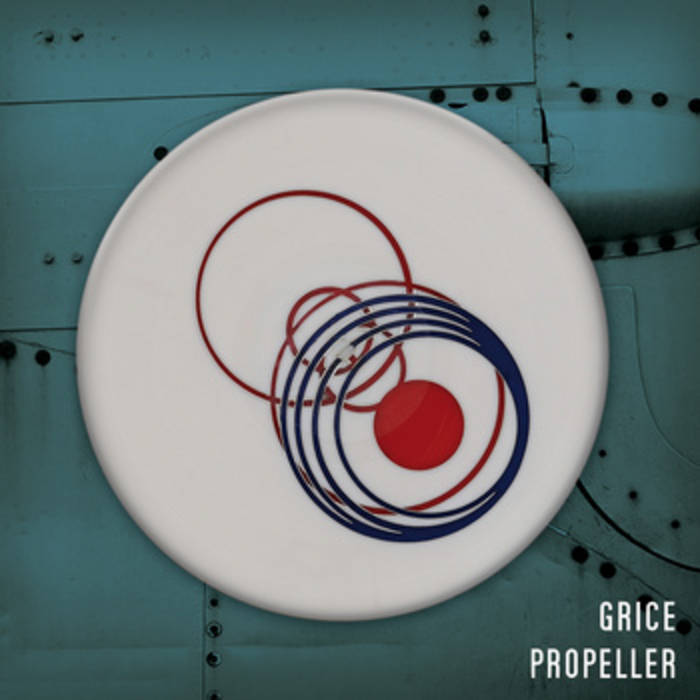 Sven B. Schreiber GRICE aka Jim Peters obviously sees himself in the art rock genre - and I see it the same way. Besides deeply moving melodies, his songs frequently exhibit typical traits of trip hop, giving them a strangely touching atmosphere. A quite unusual album, which seduces the listener to play it back again more than once in a row. The uilleann pipes on the title track are superb, giving me something of a Mike Oldfield flashback... someone else love "Taurus II", too? Favorite track: Propeller.

This album is dedicated to my late father C.J.Peters (DFM)
the title of the album (Propeller) was inspired by the floor of the chapel at RAF Biggin Hill that is constructed of hundreds of propellers from WW1 planes.
My father's RAF memorial ceremonial service took place here.

GRICE is a London born singer-songwriter - Art Rocker. Propeller is his debut album shortlisted in the MPG awards in 2012.

' a restless and challenging cocktail of electro-acoustic glitch, art rock and avant-pop synthesis.

'With Propeller Grice has created a genuinely extraordinary slice of experimental rock.' ClassicRockProg magazine, May 2012

'the intensity of Mark Hollis or Tim Bowness with a Beatle-esque sweetness...this is highly recommended...' Chris Jones - BBC Producer/writer